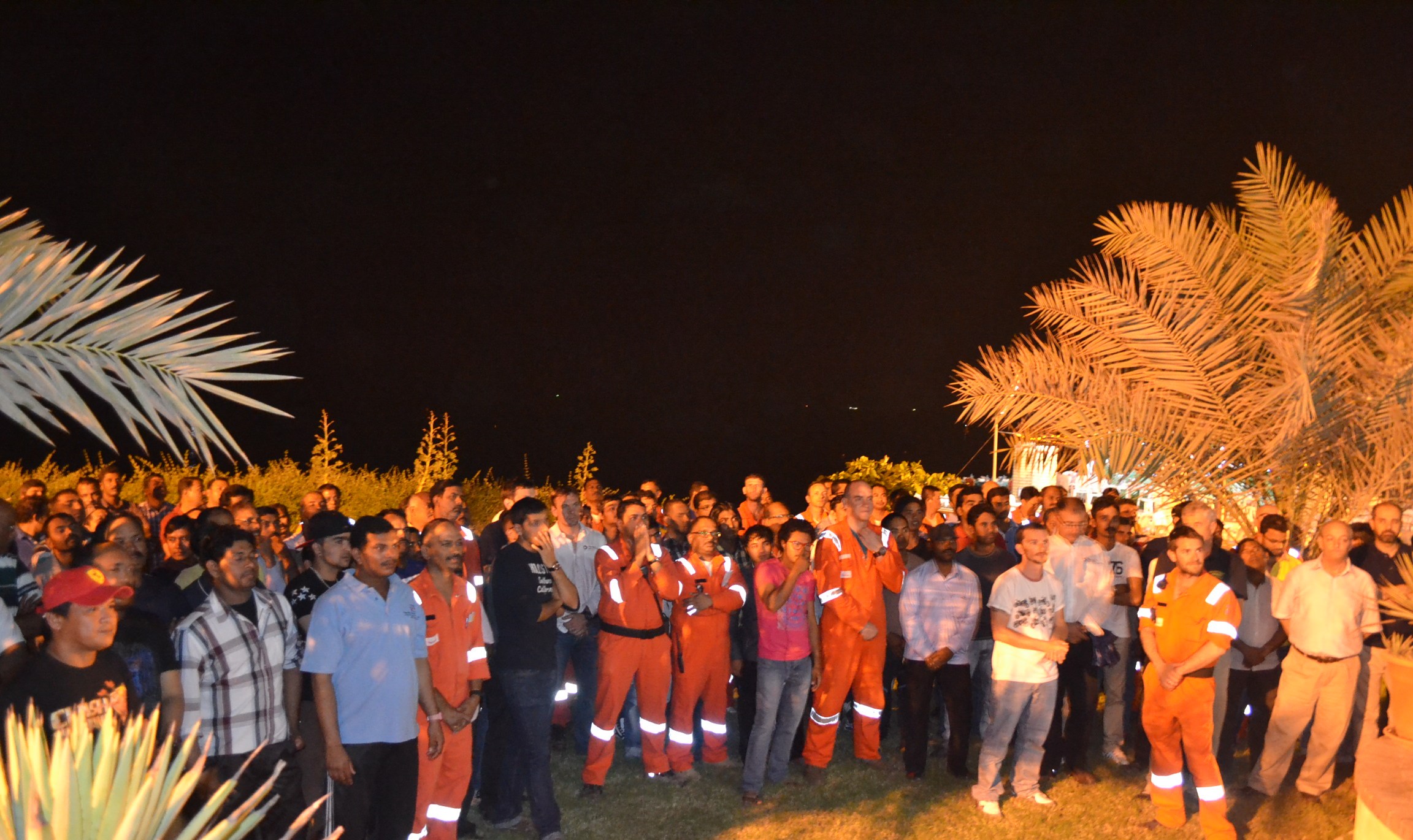 Following last month’s successful completion of the shutdown of Total’s production facilities in offshore Halul, a celebration was held, which was attended by Qatar Petroleum (QP) and Total employees.

With over 350 personnel involved in the operation, the shutdown lasted 14 days and  was carried out in Al Khalij field (Block 6) located 130 kilometers off the coast of Doha. It was an opportunity to stop all production operations for purposes involving maintenance, inspection and modification of equipment to ensure their full integrity.

The shutdown also involved tie-in and upgrade activities such as the Produced Water Treatment and Crude Oil Desalting (PWT/COD) project and the High Integrity Protection System (HIPS) project, which integrates several requests for modification related to downgraded situations in Halul.

With safety as the highest priority, all efforts were made to effectively safeguard personnel, plant, equipment and the environment in accordance with Total’s strict HSE standards and procedures..

Prior to the shutdown, various kick-off meetings were held to ensure efficient contractor personnel and equipment management. A detailed preparation process ensued, during which work areas for hazards identification were evaluated and mitigation measures were determined for different operational options.Various safety awareness briefings were also carried out as well as guidance for shutdown specific hazards.

The success of this shutdown is a significant milestone for Al Khalij Joint Venture,” said Guillaume Chalmin, Managing Director of Total E&P Qatar and Group Representative. “Despite challenges involving halting production and the large number of personnel involved, we were able to finish the shutdown without any incidents throughout the entire period of the works and as per the targetted time frame and budget. This is indicative of the high level of expertise of our employees and contractors on the field, the excellent and continuous support from QP, and the thorough preparation and significant efforts put in.”

Pierre Leschi, Vice President Operations, and Vice President Al Khalij Asset, also thanked the team for their commitment towards a succesful shutdown saying: “The strong relationship that we have developed with QP, our contractors and service providers has played an important role in the success of this mission. We were able to achieve our target on time and on budget, and we succesfully reinstated the production facilities to ensure its full operational integrity.”